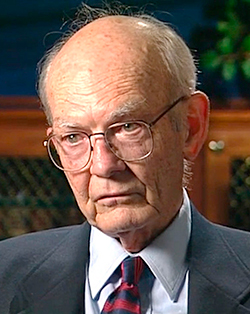 Will C. Sealy, MD, was born in Roberta, Ga., in 1912. He matriculated to Emory University for his undergraduate (1933) and medical (1936) degrees. Thereafter, he obtained an appointment as an intern in surgery at Duke University under then-chairman J. Deryl Hart and continued his postgraduate training at Duke through 1942, including six months in the virology laboratory of surgeon Joseph Beard, where he helped develop a vaccine against equine encephalitis. After completing residency during the mobilization for World War II, he joined the United States Army Medical Corps, rising to the wartime rank of Lieutenant Colonel. Sealy initially deployed to Europe with Duke’s 65th General Hospital, but the Army recognized his surgical and leadership skills and transferred him to become the chief of surgery at the 128th Evacuation and later 121st General hospital.

In 1946, he returned to Duke as an assistant professor in general and thoracic surgery. After the untimely death of Josiah Trent in 1948, then chair of the Thoracic Division, Hart appointed Sealy to the position. Sealy spent part of 1950 studying under John Alexander at the University of Michigan before assuming his role as Chief of Thoracic Surgery. Sealy remained at Duke until 1982; after a brief retirement, he assumed the Chair of Surgery at Mercer University School of Medicine. He died in 2001.

Respected as the ultimate Southern gentleman, Sealy earned the admiration of his colleagues and trainees. Initially known for his expertise in esophageal surgery and an uncanny ability to interpret chest X-rays, he was ever gracious even under the most trying circumstances and always kept an open door for residents. A prodigious researcher with over 250 manuscripts in the peer-reviewed literature, Sealy contributed discoveries in topics spanning from aspergillosis to virology. He initially focused on aortic coarctation physiology, explaining how it resulted in paradoxical hypertension. Subsequently, he famously collaborated with W. Glenn Young and Ivan Brown to establish both the importance of hypothermia for safe cardiac surgery and the means of achieving it by developing a heat exchanger for blood. This work combining hypothermia, cardioplegia, and extracorporeal bypass serves as the foundation for modern cardiac surgery.

Sealy remains best known for helping map the electrical pathways of the heart and developing operations severing them to treat various arrhythmias, particularly Wolff-Parkinson-White syndrome. In an era preceding catheter ablation, his interventions provided the only cure. Surgeons came from around the world to learn these techniques from Sealy, who justly earned the sobriquet “father of arrhythmia surgery.” He was 55 when he performed the first operative cure of a cardiac arrhythmia in 1968. At an age when most of his contemporaries were contemplating retirement, Sealy pioneered an entirely new field of cardiac surgery. His clinical and research acumen garnered innumerable encomia. Additionally, he served as the sixth President of Society of Thoracic Surgeons, Director of the American Board of Thoracic Surgery, and chair of its residency review committee. He rose to the rank of Professor of Surgery.

By virtue of his exceptional contributions to Duke Surgery and the field of cardiothoracic surgery, Dr. Will C. Sealy is recognized as a true Master Surgeon. This honor is bestowed to establish a living memory of an individual who has exemplified the ideals of Duke Surgery, with the expectation that reflection on this illustrious career will serve as a guidepost for those aspiring to a life in the art and science of surgery.

Watch: Dr. Will C. Sealy sits down for an oral history interview in 1998.