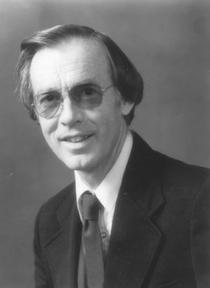 Hilliard Foster Seigler, MD, was born in Asheville, North Carolina, in 1934. He attended the Patterson Preparatory School in Lenoir, North Carolina, graduating in 1952. He received his undergraduate degree in 1956 and his medical degree in 1960 from the University of North Carolina at Chapel Hill. In 1960, Dr. Seigler became an intern at the North Carolina Memorial Hospital under the guidance of the first UNC Chair of Surgery, Dr. Nathan A. Womack. He finished his general surgery training in 1965 and spent the next two years as a research fellow at Duke working with Dr. Bernard Amos, who founded the transplant laboratory at Duke University. The new Chair of Surgery at Duke, Dr. David C. Sabiston, Jr., identified Dr. Seigler as a talented young investigator and hired him as an Assistant Professor in 1967.

During his time at Duke, Dr. Seigler became recognized as a superb surgeon in every domain. Technically, he was a master of the use of anatomical planes and used this skill to achieve exceptional technical speed and efficiency. His effective use of electrosurgery was legendary. Dr. “Sig” Seigler was a spirited educator, and he played a central role in the training of four generations of Duke Surgical residents, countless medical students, lab fellows, and junior faculty members. He developed local, regional, and national reputations in the fields of transplantation and cancer, particularly melanoma, both as a clinician and a scientist.

Academically, he served on the NIH lmmunobiology Study Section and the Editorial Board of the Annals of Surgery, and he was an active member of many academic organizations including the American Surgical Association, the Southern Surgical Association, the Society of Surgical Oncology, the Society of University Surgeons, and the American Society of Transplant Surgeons. He authored or co-authored more than 300 peer-reviewed publications in high-impact journals such as the Annals of Surgery, Blood, Cancer, Nature, Journal of the American Medical Association, Journal of Clinical Investigation, Journal of Immunology, and Transplantation. Administratively, he was an integral part of the creation of both the Duke Organ Transplant Program and the Duke Comprehensive Cancer Center. He also served as Chief of Surgical Services at the Durham VA Hospital, Director of Clinical Programs for the Duke Comprehensive Cancer Center, Co-director of Clinical Transplantation for Duke Hospital and the Durham VA, and Co-director of the Clinical Cancer Research Unit at Duke. Dr. Seigler rose to the rank of Professor of Surgery and Professor of Immunology.

By virtue of his exceptional contributions to Duke Surgery, Dr. Hilliard Foster Seigler is recognized as a true, Master Surgeon. This honor is bestowed to establish a living memory of an individual who has embodied the ideals of Duke Surgery, with the expectation that reflection on this illustrious career will serve as a guidepost for those aspiring to a life in the art and science of surgery.