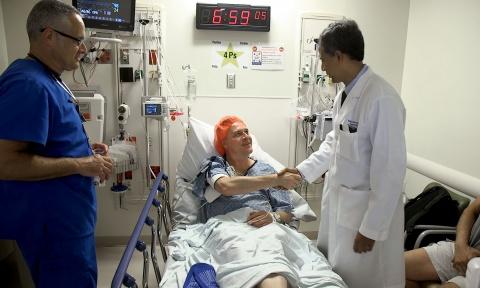 For years as a transplant coordinator helping others navigate the organ transplantation process, Norfolk resident Karl Neumann was acutely aware of the shortage of donated organs. Yet he could not offer his organs to those in need.

Impeding Neumann and thousands of others was an outdated law that barred HIV-positive people from registering as organ donors or making a living gift of one of their kidneys. That barrier was lifted with the HOPE Act, which was signed into law in 2013 and enabled HIV-positive donors to offer their organs to HIV-positive recipients.

Last month at Duke University Hospital, Neumann’s donation led to the first live kidney donation under the HOPE Act in North Carolina and the Southeast region, and the second in the United States.

“Duke is the only transplant center in the state and one of just five in the nation currently approved to perform HOPE Act living donor kidney transplants,” said Matt Ellis, M.D., medical director of Duke’s kidney transplant program. “Having this option for people who are HIV positive is a tremendous step and should add more donors of much-needed organs.” 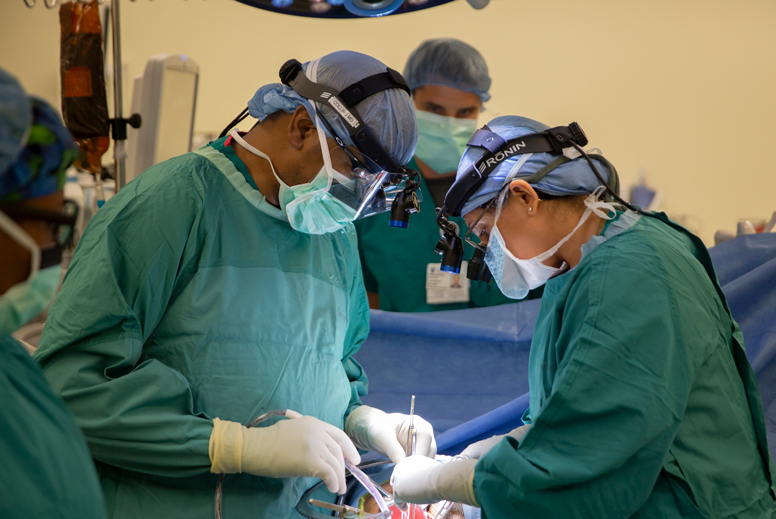 Wolfe, the infectious disease specialist, worked to assure that the HOPE Act’s implementation in North Carolina could move forward. The state had additional laws governing HIV organ donation that had to be changed.

“We were able to lobby and have those rather old, antiquated rules taken away,” Wolfe said. Subsequent to the law’s being changed, both UNOS and transplant centers set in place the requirements and systems needed to assure safe and successful implementation.

“HIV medications are now quite effective for people living with HIV, making transplant a life-saving alternative to dialysis or liver failure,” Wolfe said. “Additionally, we believe healthy HIV-positive donors should be able to give that ultimate life-affirming gift of transplant.”

Wolfe said HIV-positive organs add a layer of complexity to the transplant process, requiring additional testing for medication and viral compatibility. But most people living healthy lives with HIV can now consider being organ donors.

For donor Neumann, the ability to donate was one he had long hoped for. His life’s work as a nurse and transplant coordinator had provided a unique view of the need for more organs. He worked on a daily basis with patients who waited months and even years for organ matches, and some never got the call.

“There’s a shortage of organs, so people do pass away while waiting for a match, or their health deteriorates,” Neumann said. “You try to be as objective as possible, but these are people and they touch your heart.”

Neumann, who has been HIV positive for 11 years, became an advocate in his community and beyond, even as laws kept him from donating. As the transplant IT coordinator at Sentara Norfolk General Hospital in Norfolk, VA, Neumann was active in Donate Life Virginia, which manages the registries in that state and works to raise awareness for organ donation. He is now working to raise awareness for the HOPE Act and to encourage more donations.

While Neumann’s kidney necessarily went to a recipient who was also HIV positive, the expansion of the donor pool to include HIV-positive people is expected to broaden the overall number of potential transplants.

“In terms of the numbers of extra patients that this may offer transplants to, it’s still going to be pretty meaningful in the long run,” Wolfe said. “It’s actually helpful for folks who are HIV-negative, too, because we’re creating ways to bring more healthy donors into the national pool.”

Transplant centers and organ donation agencies are working to raise awareness within the HIV community, at hospitals and in the broader public that these transplants are safe and that donations could ease some backlog on the waiting list.

“HOPE Act transplants could be a game-changer,” said David Klassen, M.D., chief medical officer at UNOS. “As people living with HIV learn that they can be organ donors, there could be a significant increase in the number of lives saved through transplantation.”