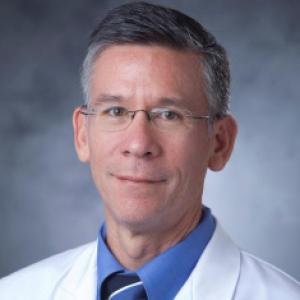 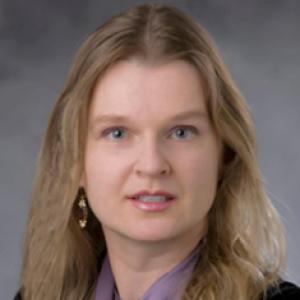 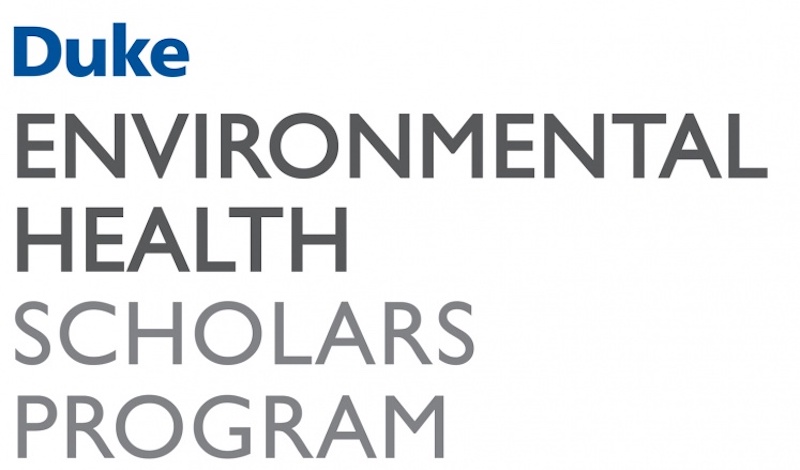 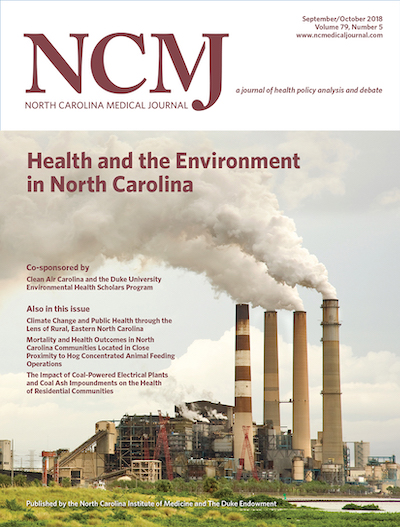 Home to multiple high-power universities, agencies, corporations, and non-profit organizations, the Triangle Area presents an ideal environment for stimulating productive, synergistic, activity exploring environmental aspects of health. Members of the Duke School of Medicine (DSOM) together with investigators at the Duke Nicholas School of the Environment (NSOE), the Duke Law of School, the Duke Margolis Center for Health Policy, and other Duke institutes and centers have a history of involvement in both basic and population research arenas.

Dr. H. Kim Lyerly, Director of the Duke Center for Applied Therapeutics, Chief of the Section of Applied Therapeutics, Department of Surgery, has therefore established an Environmental Health Scholars program to maintain the momentum created by their work in applied environmental health, and to support new investigators focused on these activities.

Research, Bioinformatics, and Population-Based Studies That Can Influence Policy

New research in applied environmental health will be greatly facilitated by the coordination of diverse databases and registries, including clinical, behavioral, environmental, geospatial, and biomarker datasets. The advent of data interoperability opens up new possibilities for research into as yet poorly understood associations between environmental factors and disease risk. An example initiative exploiting coordinated data repositories at Duke is the use of geospatial information system (GIS) applications, in combination with advanced spatial statistical approaches, to investigate clinical and environmental factors associated with the physical location of patients.

Core objectives of dataset coordination include the following:

The approach of leveraging coordinated datasets to better understand patterns of disease impact creates a research infrastructure that can powerfully support analyses of associations between environmental exposures and disease incidence.

There is a growing recognition that, in order to ensure the affordability of the healthcare system, healthcare policy must prioritize prevention. Critical information that can help to shape health policy focused on disease prevention will pertain to associations between environmental factors and health risk. To generate this information and to provide it to operative individuals in federal and state government, we have begun an active agenda of communication, education, and collaboration.

Since January 2010, Duke has engaged William G. Ross, Jr., former Secretary of the North Carolina Department of Environment and Natural Resources – to lead the policy-oriented efforts of the research. He has begun to forge dynamic connections between multi-disciplinary Duke investigators involved in environmental research and policy-makers.

Activity was launched with a presentation made on April 6, 2010 by Ken Cook, founder and president of the Environmental Working Group (EWG), a nonprofit organization headquartered in Washington, DC; the EWG focuses on the areas of toxic chemicals, agricultural subsidies, public lands, and corporate accountability. Mr. Cook’s talk, attended by approximately 200 people, was followed by numerous events designed to initiate ongoing discussion and working relationships between the EWG, state policy-makers, and Duke investigators studying health/environment associations. Example outcomes of the event were (1) networking between the EWG policy director and state legislators interested in issues related to toxic chemicals, and (2) the inclusion of epigenetics (a topic raised by Dr. H. Kim Lyerly, in conversations preceding Mr. Cook’s presentation) in recently introduced legislation to reform the Toxic Substances Control Act of 1976.

By investing in investigators whose major goal is to study the effects of the environment on health and disease risk, society will accrue enormous benefits. By fostering collaboration, it would allow investigators to do better research and make more rapid progress than they could working on their own. An illustrative example of the dynamic and collaborative activities of the Environmental Health Scholars is illustrated by recent work in respiratory health and air quality.

The Research Triangle Environmental Health Collaborative, a coalition of university programs and agencies, holds summits on issues related to the environment and health including a 2010 summit titled “America’s healthcare policy through the lens of environmental health.” A white paper report of this summit was published as an academic report "Bridging the information gap between health and the environment in North Carolina" by Kearney GD, Shehee M, Lyerly HK, in the Journal of Public Health Management Practice in 2013. A major conclusion of this paper was to bridge knowledge gaps between environmental and health data to draw attention to the environmental effects of health.

Based on that recommendation, Dr. Lyerly and his group published an academic report “Long-term dynamics of death rates of emphysema, asthma, and pneumonia and improving air quality” by Julia Krauchanka, Igor Akusheveich, Amy P. Abernethy, Sheila Holman, William G. Ross Jr., and H. Kim Lyerly, in the International Journal of Chronic Obstructive Pulmonary Disease in 2014. Using mortality trends from state public health data, along with monthly measurements from air-monitoring stations across North Carolina from 1993-2010, they were able to draw a close association between improved air quality and declining death rates from respiratory illnesses. They concluded that national and state air pollution controls that went into effect in the early 1990s coincide with decreasing death rates from emphysema, asthma and pneumonia among people in North Carolina. This study was specifically cited by editorials regarding the US Supreme Court’s decision in June 2014 to keep intact the Environmental Protection Agency’s power to regulate carbon emissions.

Key opportunities include a new understanding of the role of environmental signals that trigger cell behavior along disease pathways. This knowledge can results in:

Most importantly, this effort would ensure progress on the path toward both saving lives and our environment that are now being lost or destroyed by diseases and environmental exposures.

William H. Schlesinger was named President of the Cary Institute of Ecosystem Studies, a private ecological research institute on the grounds of the Cary Arboretum in Millbrook, NY in 2007 after 27 years on the faculty of Duke University. Completing his A.B. at Dartmouth (1972), and Ph.D. at Cornell (1976), he moved to Duke in 1980, where he retired in spring 2007 as Dean of the Nicholas School of the Environment and Earth Sciences and as James B. Duke Professor of Biogeochemistry.

He is the author or coauthor of over 200 scientific papers on subjects of environmental chemistry and global change and the widely-adopted textbook Biogeochemistry: An Analysis of Global Change (Academic Press, 3rd ed. 2013).  He has published editorials and columns in the Charlotte Observer, Chicago Tribute, Los Angeles Times, Philadelphia Inquirer, and the Raleigh News and Observer.

Schlesinger was among the first to quantify the amount of carbon held in soil organic matter globally, providing subsequent estimates of the role of soils and human impacts on forests and soils in global climate change. He was elected a member of The National Academy of Sciences in 2003, and was President of the Ecological Society of America for 2003-2004.  He is also a fellow in the American Academy of Arts and Sciences, the American Geophysical Union, and the Soil Science Society of America.

His past work has taken him to diverse habitats, ranging from Okefenokee Swamp in southern Georgia to the Mojave Desert of California, and three times as a Duke alumni tour guide to Antarctica. His research has been featured on NOVA, CNN, NPR, and on the pages of Discover, National Geographic, the New York Times, and Scientific American.  Schlesinger has testified before U.S. House and Senate Committees on a variety of environmental issues, including preservation of desert habitats, global climate change and carbon sequestration.

He and his wife, Lisa, enjoy birdwatching, gourmet cooking, and collecting southwestern art.

Ken Cook, president and co-founder of Environmental Working Group, is widely recognized as one of the environmental community’s most prominent and effective critics of U.S. farm and food policy and a leading voice on federal chemicals and pesticides law.

Cook’s early work at EWG culminated in the landmark 1996 Food Quality Protection Act that for the first time required EPA to consider the dietary risks of pesticides in food on children’s health. In 2005, at Cook’s direction, EWG researchers discovered hundreds of industrial chemicals in umbilical cord blood that changed the debate over chemical exposures in people, proving contamination began in the womb. Armed with that and other ground-breaking research, Cook developed a critically acclaimed presentation titled 10 Americans to make the case for overhauling the nation’s main chemicals management law.

Cook earned a B.A. in history, B.S. in agriculture and M.S. in soil science from the University of Missouri-Columbia. He and his wife Deb Callahan live in Marin County, California with their son, Callahan Cook.

Pete Myers is founder, CEO and Chief Scientist of Environmental Health Sciences. He holds a doctorate in the biological sciences from UC Berkeley and a BA from Reed College. For a dozen years beginning in 1990, Myers served as Director of the W. Alton Jones Foundation in Charlottesville, Virginia. Along with co-authors Dr. Theo Colborn and Dianne Dumanoski, Myers wrote Our Stolen Future, a book (1996) that explores the scientific basis of concern for how contamination threatens fetal development.

Myers is now actively involved in primary research on the impacts of endocrine disruption on human health. He is the board chair of the H. John Heinz III Center for Science, Economics and the Environment and has also chaired the board of the Science Communication Network since its founding in 2003. In addition, he currently serves on the board of the Jenifer Altman Foundation.  Until its merger with Pew Charitable Trusts in late 2007, he was Board Chair of the National Environmental Trust. He has also served as Board President of the Consultative Group on Biological Diversity, an association of 40+ foundations supporting work on biodiversity, climate, energy and environmental health.

When the temperature is above 50 F and it's not raining, Myers regularly publishes EnvironmentalHealthNews.org and DailyClimate.org from a platform in the woods near his house. Turkeys, foxes, turtles, deer and other creatures meander by.  In spring the trees above are full of migrating warblers.

Listen to an interview with Myers on YouTube. It turns out there is really good news in the flood of science that is revealing strong links between environmental exposures and human health. 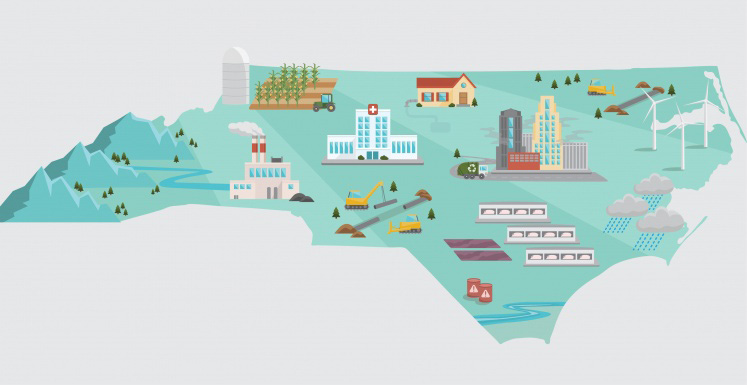 In the past, the Environmental Health Scholars Program has offered to qualified graduate students or post-docs an award of $5,000 to support novel research in these areas. Guidelines and qualifications are as follows:

Questions related to the award should be directed to Kim Lyerly at kim.lyerly@duke.edu.